Natural and Human-Induced Disturbance of Seagrasses 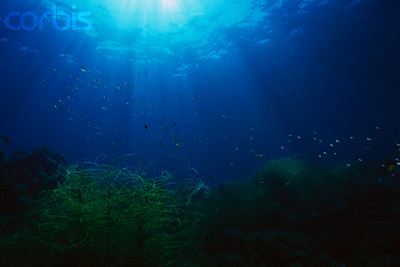 Natural disturbances, including disease, hurricanes, earthquakes, and grazing by herbivores, have constantly exerted pressure on seagrasses without causing a drastic decline. Naturally disturbed areas can recover because of the phenotypic and genotypic plasticity of the species present, which depends on species diversity. Therefore, in an area with high species diversity of seagrasses, there should be a greater chance of recovery after a disturbance.

Seagrasses are ecologically important to shallow water ecosystems. Thus, humans must protect seagrasses from human-induced disturbance at the habitat level. Low cost efforts are already in effect in Chesapeake Bay, such as using physical structures and vegetation to prevent excess discharge of nitrogen and phosphorus into seagrass habitat. In addition, over the last ten years, the reconstruction of the seagrass community through retransplantation and restoration has proven successful in maintaining seagrass populations. Since eutrophication and suspended sediments are the greatest long- term threats to the health and survival of seagrasses, humans must further develop and enforce regulations to reduce nutrient loading from point sources. This may include designing better septic systems or regulating fertilizer use (Short et al., 1991). This will reduce contamination of estuaries and thus reduce loss of seagrasses. Humans must also protect seagrasses from anthropogenic coastal activities to maintain populations. The fate of many coastal ecosystems depends on the protection of seagrasses.