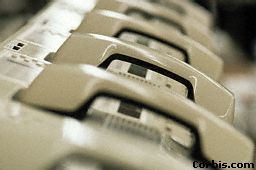 The telecommunications industry has seen many changes throughout its history. It was in 1844 that Morse first used the electric telegraph to send information; years later, the first radio transmission was received across the Atlantic, an alternative to an underwater cable that was susceptible to ice damage. In 1875, Alexander Graham Bell created the first telephone, then in 1876 he spoke the first intelligible words over a telephone connection. Later innovations in the history of telecommunications included Amon Strowger developing a dial telephone system in 1892 to eliminate the need for operators, and the world’s first commercial telephone system being created in Canada.

For years, the telephone industry in Canada consisted of a monopoly. However, in 1979, the Canadian Radio-television and Telecommunications Division (CRTC) eliminated the monopoly on phone lines, allowing other companies to offer telephone services. Then, in 1992, the CRTC permitted reselling of long-distance telephone services. Policy makers felt that when the industry was opened to competition, this would drive prices towards their costs, prompt companies to produce the goods and services desired by the public, and spur innovation in new technologies, services, and distribution. However, when many resellers faced bankruptcy or were purchased by their competitors, some feared that the long-distance competition may not be sustainable.

Policy-makers faced new questions as long-distance rates were deregulated in 1997. When rates were regulated, local residential rates were below the cost of providing the service; the services were subsidized by higher long-distance and business rates. The industry plans to gradually increase the local rates, which had been essentially frozen for over a decade - this would allow for lower long distance rates. Policy-makers also had to rethink the industry subsidies. With multiple companies providing the services, government had to decide if subsidies should be distributed throughout the companies or be offered to consumers. Also, they had to decide if subsidies should be offered at all: the original goal was to make telephone services accessible. However, with 98.5% of Canadian households having telephone services, this goal had already been reached.