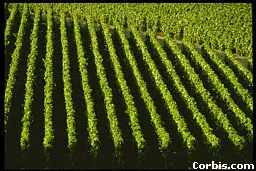 According to David Tilman (1996), although estimates of future world populations vary, the human population is expected to increase about seventy-five percent and then level off at about ten billion people.  In this time, the demand for grain will double, mainly to provide feed for livestock that will provide protein to growing populations in developing countries.

In current agricultural practices, plants are selected for the local growing conditions.  Limiting factors, water, nitrogen, and phosphate, are added to the fields in excess, and pests are actively controlled.  Although before agriculture barley, maize, rice, and wheat were rare, these grains now make up 39.8 percent of global cropland.  Farmers grow monoculture crops, and these ecosystems are simplified and homogenized compared to the ecosystems which once occupied the land.

Between 1961 and 1996, world food production doubled.   This is because: higher-yielding strains of crops were developed; better agricultural practices were used; herbicides, insecticides, and fungicides were used to control pests; three times the nitrogen and phosphorus fertilizers were added; the amount of land that was irrigated doubled; and the total land used for agriculture increased by eighteen percent.

If we extrapolate from this pattern, to double agriculture again, farmers will need to use three times the nitrogen and phosphorus, double the amount of land that they irrigate, and use eighteen percent more land.   However, we cannot extrapolate from these figures.  Although nitrogen, phosphorus, and water are limiting resources, enough is already added to saturate the land; adding more will not help.  The exception to this is in developing countries that do not add fertilizer to their croplands:  adding nitrogen, phosphorus, and water there will increase the productivity of the cropland.  Gains from crop breeding programs are also decreasing and becoming more expensive, since we have already used most of the genetic variation that exists in the crop species, and productivity from the plants is reaching a maximum.  As well, the best agricultural land is already being used for that purpose:  we would need more than eighteen percent more land if less productive land is to be used.  Also, with monoculture agricultural crops covering a larger area, there is more chance of a pest outbreak, so productivity would not double. 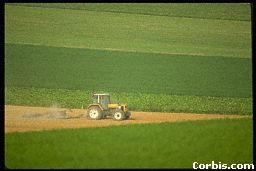 Doubling agriculture with current practices will have serious ecological impacts.  If more nitrogen and phosphorus are added to cropland, more nutrients will run off into aquatic ecosystems, leading to eutrophication, dominance by nuisance plant species that compete best with high nutrient levels, and creation of anoxic conditions that will cause fish to die.  Since denitrifying bacteria convert nitrate to nitrous oxide, and nitrous oxide is a greenhouse gas, adding more nitrogen to cropland will contribute to global warming.  An increase in irrigation will affect the hydrologic cycle, and will increase leaching of nutrients and pesticides.  An increase in the amount of land farmed will cause extinction and a loss of biodiversity, including biodiversity that could potentially have been used to enhance agriculture.   Carbon dioxide will also be released by clearing and tilling the land, adding to global warming.  As far as genetically engineering plants with better yields, we would have to overcome morphological and physiological constraints of the plants; if we were successful, these plants would be "superorganisms" that could invade nonagricultural ecosystems and outcompete the native plants, decreasing biodiversity and affecting ecosystem functioning.

In order to increase agriculture while minimizing the ecological impacts, we need a research program to develop agricultural methods to feed the population yet preserve natural ecosystems.  We need to study the effects of nitrogen and phosphorus application on global biogeochemistry, since it is a complex cycle.   We also need public policy to decrease the effect of agriculture on the environment; for example, although effluent from factories and municipal sewage plants are regulated, runoff from feedlots and croplands is not regulated, even though it can have a serious effect on the environment.  We need to use more nutrient-efficient crops; we need to use pesticides more precisely and efficiently; we need breeding programs for increased crop yields; and we need more diversity:  both genetic diversity of the crops so they can survive pest outbreaks and plant species diversity since an increase in plant species diversity leads to an increase in primary productivity.  We also need to change our current attitude about agriculture:  maximizing production at a minimum cost without considering the environmental impacts.

Although in this paper Tilman points out problems and general solutions, which is important, someone needs to come up with specific ways to increase food production to feed growing human populations with a minimum impact on the environment.