Evolution:  Just Dust in the Wind? 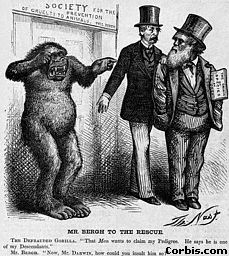 About 4,600 million years ago, space dust began to collide and unite to form the planet Earth. On this new planet, volcanoes spewed lava onto bubbling ponds of molten rock. After the Earth had cooled, 3,800 million years ago, life began as simple cells. Over time, those cells evolved into more complex organisms; first jellyfish and the like, then land plants and insects, then reptiles and mammals. Then, 1.5 million years ago, the first humans walked the Earth.

Although the rest of the world evolved, Kansas, it seems, was created. In August 1999, the Kansas Board of Education voted six to four to remove evolutionary biology from the state's science curriculum. This was against the advice of 27 scientists who had written the guidelines. The board removed evolution from the curriculum because of pressure from creationists, people who interpret the Bible literally. A literal interpretation of Genesis is that God created the Earth and all organisms in six days: the organisms of today did not evolve from primitive ancestors. Since the theory of evolution opposes creationist views, the creationists argue that either schools should not teach evolution or they should teach both evolution and creation. 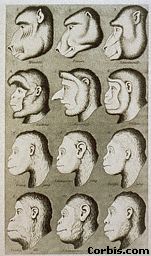 The theory of evolution is that groups of organisms change over time, and one ancestral group may have descendants of many different types. The mechanism that scientists believe causes evolution is natural selection, which works like this: Individuals in a group are different. Some individuals may have a difference that is advantageous for finding food. They survive, and their offspring inherit the advantageous trait. The same thing happens in the next generation, so that eventually, when these differences have built up, the descendants are a different species from the original group.

Creationists do not believe this is true. One argument they make is that evolution is "just a theory," and should not be taught as the truth. Unfortunately, they have the wrong idea about what a scientific theory is. In science, a theory is an explanation for a set of known facts and observations. Strong evidence supports evolution, and the scientific community accepts it. What scientists debate are the mechanisms of evolution and their importance, not the validity of evolution. In fact, gravity is also a theory. If school boards ban evolution from science curriculums because it is "just a theory," they must ban theories about gravity and most of science as well.

Creationists also argue that since evolution is gradual, there has not been enough time for the organisms of today to evolve. They argue that methods of dating fossils, and the Earth, are false. According to creationist H. M. Morris, "We are forced to the conclusion, as Bible believing Christians, that the earth is really quite young after all, regardless of the contrary views of evolutionary geologists. This means that all the uranium-lead measurements, the potassium-argon measurements and all similar measurements which have shown greater ages have somehow been misinterpreted."

However, radioactive decay methods of dating rocks, such as uranium-lead or potassium-argon, have a sound basis. Over time, some elements present in rocks will lose particles from their nuclei and become other elements. Scientists can measure the amount of daughter elements in the rock to estimate the rock's age. They often use two different methods of dating the rock to double-check their findings. Thus, according to scientific evidence, the Earth is old enough for organisms to have evolved, much older than creationists believe. 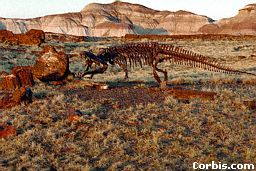 As well, creationists argue that since evolution is random, and these random events produce more organized organisms, the theory of evolution contradicts the Second Law of Thermodynamics. The second law says that in a closed system there will be less usable energy, and more disorder, over time. Evolution did not occur in a closed system, though: closed systems are not influenced by anything outside the system, but organisms on Earth received energy from the sun. Also, evolution is not random. Although natural selection acts on variations that randomly occur in a population, it selects the variations that give an individual an advantage in its environment. The theory of evolution therefore does not contradict the Second Law of Thermodynamics.

In addition, creationists argue that, since ancestors of today's organisms are not found as fossils, there is no evidence for evolution. However, it is rare for an organism to become a fossil. When an organism dies, it soon begins to decompose. For it to become a fossil, sediments would have to cover it shortly after death, and this usually does not happen. As well, not all types of organisms can be preserved as fossils, and we have not found all of the fossils that exist. Because we have not found fossils of ancestral species does not mean that they did not exist.

Creationists also argue that teachers should spend equal time on creationism and evolution since they are both theories. However, creationism is not a science: scientific data does not support it and it does not make predictions or enhance our understanding of the world. Creationists often ignore or distort evidence to fit their views. Even when scientists tried to find evidence to support creationism, they could not. Creation is not a rival theory to evolution: it is simply not true.

However, it seems that the same debate happens time and again. Although in the past many people have shown that creationism is wrong, new people have to argue it again. Just like in the movies, when you think the monster is dead, it sneaks up behind you. This time the monster turned up in Kansas.

The theory of evolution is central to biology: as Theodosius Dobzhansky once said, "Nothing in biology makes sense except in the light of evolution." If Kansas students do not learn evolutionary biology, they will not learn the theory that ties all aspects of biology together. They may have trouble with college entrance exams, which have questions on evolution. They will lack the knowledge they need to become scientists. Banning evolution because of creationist protests clouds what is and is not science.

On the Origin of Species: A Facsimile of the First Edition by Charles Darwin