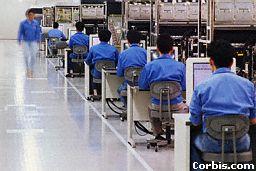 In the 1990’s, the internet industry was booming: plenty of money was available for start-ups to build on their dreams, and technical jobs were plentiful and came with fringe benefits. The future looked endlessly bright, until in the new millennium the so-called dot-com bubble burst - companies folded, workers were suddenly unemployed, and many lost faith in the power of the internet.

But despite the bleak picture many have of the internet industry, it is still rich with opportunities for employees and business owners alike. According to Jupiter Research, online spending should reach 52 billion dollars in 2003, and by 2007 reach 5 percent of all retail spending, at 105 billion dollars. In regions around the world, internet usage is increasing at unprecedented rates; in Latin America, for example, eMarketer predicts there will be 60.6 million internet users by 2004; in the UK, National Statistics UK reports that 55 percent of the population is now online.

To support this growth, the industry is still seeking qualified technical workers – and finding a shortage. And, businesses are still seeking companies to provide them with the internet services they need to thrive in today’s economy. 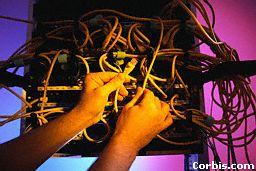 One company that has taken advantage of the dot-com bubble burst is WSI. They are an internet solutions company based in Toronto, Canada, with 700 offices in 87 countries around the world. Those who purchase a franchise from WSI are trained as Internet Consultants – these Internet Consultants then return to their region with the expertise and resources to help businesses in their community harness the power of the internet. They do this by analyzing the particular business’ limitations and opportunities, and using internet solutions to reduce the business’ expenses however they can . . . not just focusing attention on web sites and online sales. This innovative approach has allowed WSI to reach record growth, and record profits, despite the downfall of so many other internet companies.