According to racism we know our enemies, not by their aggressions against us, not by their creed or language, not even by their possessing wealth we want to take, but by noting their hereditary anatomy. For the leopard cannot change his spots and by these you know he is a leopard. [1] - Ruth Benedict

Racism plays a major role in the world today, as it has throughout history. Black people were formerly used as slaves in the United States. Japanese-Canadians were forced out of their homes during the Second World War. Even today, opportunities are taken away from people because of their race, and they are not treated as equals by others in society. There are still many people in the world who hate others because of the color of their skin, and who think that intelligence is determined by race. Some of these people are scientists.

In the past, everything from craniometry to phrenology to I. Q. tests were used by scientists to prove the inferiority of non-white races. Scientists obtained their ideas on race from society; they then proved these ideas using scientific "facts;" the scientists then presented their proofs to society, thus reinforcing the racist beliefs of that society. It is an unending cycle that still continues in the field of science in the present time. Science became a purveyor of race and racism because scientists are not totally objective and are influenced by the beliefs of society. They are human beings, subject to emotions, thoughts, and opinions. The racist views of society are reflected in a scientist's work.

When one thinks of the typical scientist, two images may come to mind. One image is of the mad scientist, working in the laboratory in the basement of his home. He is highly intelligent, which is how he became a scientist to begin with. However, his mind has become distorted in some way. He toils night and day, creating some sort of weapon or monster, which will be used to destroy society. This will either gain him revenge for some perceived wrong done to him by society, or it will gain him wealth and power, or all of these things.

The other image of a typical scientist is quite the opposite. He is a good man wearing a clean white lab coat. He goes to his laboratory to work on a project that will benefit society. Perhaps he is developing a cure for cancer, or something else along those lines. He is pure and angelic, and he strives to make the world a better place. Once he finds the cure for cancer, he will take none of the glory or money for himself. He will simply fade into the background, smiling because he knows he has helped others.

Neither of these stereotypical scientists depicts the true scientist. Although scientists may try to be objective, they can still be influenced by personal beliefs or greed. In the book A Beginner's Guide to Scientific Method by Stephen S. Carey, students are introduced to the scientific method, and are asked to create experiments to prove scientific hypotheses. They soon find out that it is no easy task to create an experiment that is truly objective. One source of error could be the expectations of the scientists performing the experiment. They already have a hypothesis, so they design an experiment to prove it. They cannot help but influence the experiment with their own expectations. When making measurements, for example, they may tend to "round down" in cases where they expect low results and "round up" where they expect high results. An example is Alfred Binet and his measurements for craniometry: 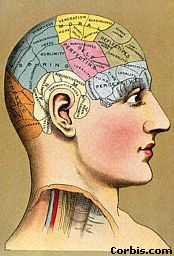 Binet repeated his measurements and obtained different measurements for the same heads. This was not due to a sudden physiological change in the subjects; rather, it was due to the fact that the measurements were not precise. They could have been rounded in a different way, the measurements could have been taken in different locations around the head, and Binet could have been projecting his expectations onto the experiment. Another example of varying measurements is Samuel George Morton's measurement of the volumes of skulls. He did this by filling various skulls with seed, and later lead shot, and then measuring the amount that fit in the skulls. Knowing that a certain skull belonged to a black man, Morton could have filled the skull with as much lead shot that would pour in, without packing it in. When filling a white man's skull, however, Morton may have been inclined to push the lead shot into the scull, thus giving a greater density of lead shot in the white man's skull compared to the black man's skull. When the lead shot was poured back out, there would have been a larger measurement of volume for the white man's skull than the black man's skull. According to Morton's data, blacks had smaller volumes of their skulls than whites, which is what he was trying to prove all along. He analysed his data incorrectly, including smaller skulls in the black data, and excluding smaller skulls from the white data. This helped to raise the average volume of the white skulls over that of blacks. Because Binet and Morton had preconceived ideas about what their experimental results would be, they made their measurements and analysed their data in a biased manner.

In the words of David Suzuki, " . . . scientists are first and foremost human beings, subject to the same limitations of cultural bias as anyone else . . ." [3] A scientist cannot simply "turn off" their personal beliefs and emotions, becoming like a machine, and being totally objective. If a scientist is set in his beliefs that one race is inferior to another, and he sets out to prove that idea, he will probably obtain data from his experiment proving that there is a superior race. Even if the actual data does not prove the hypothesis, the manipulation of the data will. The scientist can eliminate "unsuitable data", adjust for certain conditions that he has perceived, and plot data on a graph in a way that will make small differences seem larger.

Another mistake of scientists is to assume that some things are facts when they really are not. In the example of craniometry, it was accepted by the scientists that larger heads meant more intelligence. When they obtained their data proving that white people had larger heads than black people, they knew they had proven that white people were more intelligent. They never questioned that the assumption of "large head = intelligent" might have been wrong. They proved their theories with unrelated facts. In The Leopard's Spots, William Stanton talks about Phrenology:

Founded on the assumption - by then generally recognized as valid - that the brain is the seat of the mind and that each of the various parts of the brain has its own function, phrenology taught that the size of the part determined the degree of the function and that since the brain is closely encased by the cranium, the size of the various parts could be determined by the contour of the skull . . . The phrenologist, by 'reading' the surface of the head, could describe the individual's personality. [4]

The phrenologists never doubted that the size of parts of a person's head determined the amount of certain qualities a person had, like intelligence. It turns out that their basic assumptions were wrong. Scientists have since proven that the size of a person's head has nothing to do with how intelligent they are. The size of head is determined by other factors, such as sex, age, and general physical size. However, these scientists based their whole field of science on a false assumption.

Most members of society put a lot of faith in science and scientists. They know that scientists are generally intelligent, and that they have an education, so they must know what they are talking about. People also think of scientists as the stereotypical pure and good man who wishes to make the world a better place for everyone. People often do not realize just how human scientists are, as pointed out by Ashley Montagu:

All but a few persons take it completely for granted that scientists have established the 'facts' about 'race' and that they long ago recognized and classified the 'races' of mankind. Scientists do little to discourage this view, and, indeed, many of them are quite as deluded as most laymen are concerning the subject. [5]

For more than a century anthropologists have been directing their attention principally toward the task of establishing criteria by means of which 'races' of mankind might be defined - a diverting parlor game in which by arbitrarily selecting the criteria one could nearly always make the 'races' come out exactly as one thought they should. [6]

Scientists tried different comparisons between races, such as skull size, skull shape, and arm length to establish differences between races. A larger skull would mean more intelligence; a skull with the front larger than the back would indicate an emphasis on the "intelligent part" of the brain; and longer arms would indicate a resemblance to lower primates, such as apes. Scientists could always find something different between the races, which in their minds would indicate that one race was "better" than the other.

Science spreads racism throughout society because scientists are a part of society. The beliefs of society are also the beliefs of scientists. If a society is racist, the scientists will also be racist, and they will provide "evidence" of their racist views. This evidence is then accepted by society because it reinforces the society's beliefs. Science and scientists are not separate entities from the rest of society: they are as much a part of society as government and politicians, factories and the "working man," and literature and authors. The racism in society will be projected back to the society by the politicians, the "working man", the authors, and the scientists.

Since scientists have obtained their racist views from society, and have "proven" to society that these views are correct, it is up to the scientist to set things straight:

For the combatting of racism before it sinks its ugly fangs deep into our body politic, the scientist has a special responsibility. Only he can clean out the falsities which have been masquerading under the name of science in our colleges, our high schools and our public prints. Only he can show how groundless are the claims that one race, one nation or one class has any God-given right to rule. [7]