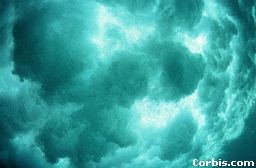 In the past, scientists have observed boils at the surfaces of rivers, but did not know their origin. To find their cause and where they originate, some scientists have studied turbulence in rivers. Bennet and Best (1993) studied turbulence over dunes, using laser Doppler anemometry to measure the horizontal and vertical components of the turbulence. They found that the horizontal component of velocity was highly turbulent in the zone of flow separation, and downstream of reattachment. They also found that the vertical component of velocity was highly turbulent above and immediately downstream of the separation zone, and it was also highly turbulent along the free-shear layer. This turbulence along the free-shear layer caused ejections. Ejections are frequent, energetic movements of fluid vertically, and are sometimes called quadrant II events. These ejections are important for the suspension of sediment, and also explain the presence of stresses. The turbulence is also important for dune stability. These ejections from the free-shear layer, not turbulence generated within the separation zone, may be responsible for the surface boils.

Drake et al. (1988) also studied turbulence, using motion pictures to view bedload particle motion. They found that sweeps, which are high velocity parcels of water moving downward, cause sweep-transport events. The sweeps entrain particles from the bed at a high rate and carry them downstream at a high velocity, eventually dissipating. The sweeps move over the surface in waves. The sweep-transport events were random in time and space, but were strongly influenced by the presence of advancing slipfaces. They also found that displacement distances of bedload particles were about fifteen times the particle diameter, but particles of different sizes usually travelled at similar speeds. Also, the average rate of entrainment of smaller particles was greater in regions of finer sediments, and this could be because when larger particles are present, they protect the smaller particles from being entrained. In addition, the entrainment rates seem to control the transport and distrainment rates of the particles. Bedload transport is controlled by the velocity field of the water, and thus by the mean shear stress and the sizes and arrangement of the particles on the bed. 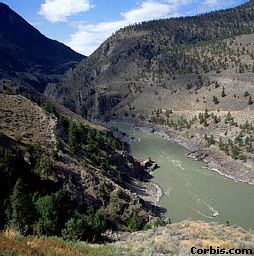 Kostaschuk and Church (1993) also investigated turbulence. They used an acoustic profiler and an electromagnetic current meter to study large turbulence structures in the Fraser River. Boils on the surface of rivers are formed by kolks, which are slowly rotating, upward-tilting vortices. Kostaschuk and Church found disturbances above the dunes through acoustic profiles. The disturbances, believed to be kolk-forming events, formed on the lower stoss sides of dunes, and appeared at the surface of the water as boils, tens of meters downstream. The researchers grouped the disturbances into two subpopulations by their frequency. The lower subpopulation is associated with continual wave instability on the lee side of dunes. The higher subpopulation is associated with intermittent ejections from the dune field internal boundary layer. It appears that kolks, and thus boils, are not formed from microturbulence.

Lapointe studied burst-like turbulence in a sandy channel. These ejection and inrush events were short and intense. They caused Reynolds shear stress through intermittent momentum exchange. The ejection and inrush events vertically mixed the suspended sediment, and maintained sediment transport. Although they are associated with sudden increases in suspended sediment, the association is complex, so that some strong upwellings will not lift much sediment. Eddies with a sudden upward flow and then flow deceleration transported the highest concentrations of suspended sediment. Lapointe also found that the ejection and inrush events were not predictable in time. He concluded that although some believe that surface boils are caused by eddy shedding from the lee side of dunes, and not by bursting motions, this required more research. 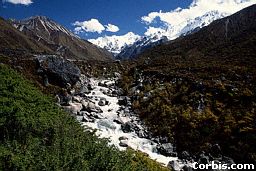 There are different types of turbulence events. Although in the past researchers thought that boils were formed from microturbulent bursting, it now seems that they are formed from ejections on the lower stoss sides of dunes. They appear to originate in the free-shear layer, not in the zone of separation. It appears that more research is needed.